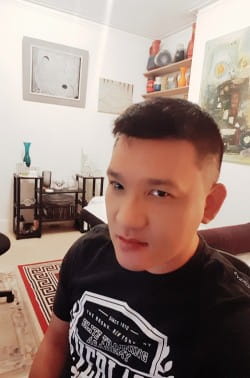 Marc: Toshi made himself available at very short notice to provide a deep tissue massage. Not the first time I've used his services. Consistently excellent at what he does and also offers advice about long-term injury prevention. Exceptional value for money. March 10, 2016

Anna Larkin: I have been attending Toshi's clinic for the past 12 months and he is an amazing practitioner. I have made excellent progress following his treatments and I would not hesitate to recommend him to colleagues, friends and family. February 2, 2016

Mr Davies: Toshi is a true professional. When he's working on your body, you are in a total state of relaxation, and when he connects with trigger points and knots you feel complete confidence in his ability. This is the third time I've used Toshi and the whole experience is amazing. I train quite hard and build up quite a mass of muscle tightness; Toshi has become an important part of my training regime! July 8, 2014

Simon Powell: I have visited Toshi numerous times. Quite frankly his massages are simply tremendous and I have always walked out of his door feeling wonderful. I have no hesitation in recommending him to anyone who wants be in the hands of someone who really knows what he's doing. Enjoy! October 14, 2013

Andrea Ziegler: I was recommended to use Toshi Jamir by my son, a fit young man in his early thirties needing a small number of massage sessions for a sports injury. I, on the other hand, am a retired, diabetic, hypertensive lady with recurring back pain. I have used Toshi's excellent services on a fortnightly basis for several years now and it has kept me on an even keel! His deep tissue massage deals with all the knots and kinks and brings quick pain relief. My tendency to hold tension in parts of the body due to stress is also greatly helped and I always feel relaxed afterwards. Anyone needing a professional, effective massage from a kind man, who will put you at your ease could not do any better than Toshi! September 21, 2013

Paula Pike: I used to really look forward to my monthly massage with Toshi, as it was a lovely treat and a great way to wind down. His massages are nice and deep, but don't hurt and I never once came out feeling too oily as I have done with other masseur before. September 4, 2013

Paul Roper: I have had a lot of massage treatments in various spas, hotels retreats etc. Out of all of these none have matched the treatment Toshi proved. I used his services regularly during my marathon training and this was a huge help in keeping me injury free. The treatments were also great for relaxation and general well being. I would recommend Toshi without hesitation and I am very sorry that he has moved from Bath to London because I now need to find someone else who is as good ! August 30, 2013

Karen Furness: I first came to Toshi eight years ago suffering from the constant aches and tiredness of fibromyalgia. From the very first session, my symptoms were alleviated and the mini-facial included each time left me feeling greatly rejuvenated. He is strong but gentle, with the massage being constantly adjusted to suit both the condition being treated and the preferences of the client. Toshi is a therapist in the fullest sense of the word. Not only does he research and treat all sorts of conditions, drawing on both his formal training and innate talent, but, perhaps more importantly, he is a counsellor, listening to problems and sometimes suggesting solutions while maintaining a professional and discreet confidentiality. I left Bath recently but considered myself so privileged to have been in his care that I continued to visit him whenever I returned and am now planning a trip to London! August 28, 2013

RobinD: Bathonians' loss will be Londoners' gain. Whenever visitors came from abroad my 'special treat' for them was a session with Toshi. As a regular client for the past six years I have valued Toshi's professional caring following long international flights, whilst having chemotherapy, as a release while in a high pressure working environment and, in retirement, as a means of contributing to total 'wellness'. I am now recommending him to all my London based friends!! August 28, 2013

Mary Flurey: I have suffered from a painful back and shoulder for several years.. Having frequent massages has helped ease the tension in my back and shoulder. My experience of Toshi is: he has always conducted himself in a professional way. He is thoughtful and considerate. He is able to create a safe and non-threatening environment. Toshi's relaxed approach has allowed me to relax into the treatment and help to maintain the full benefit of a massage. I am already missing him as a therapist and I know it is going to be hard to find someone to replace him. August 17, 2013

Jacky Christie: I was fortunate enough to come across Toshi when he first began working in Bath in 2005. I have been treated by Toshi on a regular basis over the years since then. The whole experience is truly theraputic and deeply calming at the time....and leaves a lasting sense of well-being. Toshi has many years of experience and in depth training which make him quite simply the best therapist I have ever been treated by. Toshi has also worked with many of my friends...all of whom I know would agree with this statement and join with me in wishing him every success and happiness in his new location. Toshi thank you and we will all miss you! August 15, 2013

Jacky Christie: I was fortunate enough to come across Toshi when he first began working in Bath in 2005. I have been treated by Toshi on a regular basis over the years since then. The whole experience is truly theraputic and deeply calming at the time....and leaves a lasting sense of well-being. Toshi has many years of experience and in depth training which make him quite simply the best therapist I have ever been treated by. Toshi has also worked with many of my friends...all of whom I know would agree with this statement and join with me in wishing him every success and happiness in his new location. Toshi thank you and we will all miss you! August 15, 2013

Hong S: August 2013 I have regularly attended the Bath Natural Medical Centre where Toshi Jamir opened for business around 2005, attending on a four weekly basis until June 2013 when Toshi moved business to London. Toshi was very professional and passionate about his work as a therapist. He always gave his full attention, never being hurried, I felt relaxed at all times under his care. I had been suffering pain in my shoulders and neck, most likely due to quite intense computer keyboard / mouse usage. Toshi skilfully un-knotted the muscle tension in the areas affected. Whenever I required an additional session, he would endeavour to fit in an appointment. Toshi has been sorely missed. August 7, 2013

Jon Alford: I had monthly sessions with Toshi in Bath from January 2010 until May 2013 when he left for London. I was given my first session as an Xmas gift and was initially apprehensive, being a middle aged man, but Toshi made me feel relaxed and I found the sessions very relaxing & beneficial. The theraputic massage would concentrate on areas such as back or shoulders & neck dependent on where I identified problems to Toshi. I used the sessions for my own well being & a way of dealing with the stress of normal life. I was disappointed when Toshi moved to London but would recommend his services to anyone. July 29, 2013

Fiona: I've been through some very tough times. Toshi's hands soothed my troubled areas and my being. He's a gent, knowledgeable and passionate about his work. He gives you his full attention. Over time I felt better and more at ease, relaxed. Even just for a back massage the Toshi magic eased it. July 19, 2013

Sue Clements: Whilst not wishing Toshi to be so inundated with clients that I can't get an appointment with him again, I really can't keep the secret from my fellow massage fans - he really is a superb therapist! And I have tried several. You walk out of his treatment room feeling lighter, taller (because your back has been un- knotted), happier and totally at peace with the world! His skill and professionalism inspire trust and confidence and I cannot recommend him highly enough. But don't tell too many people.... June 28, 2013

Stefan: Toshi finds the knots and has an incredible talent to loosen stressed muscles and joints, he takes his time for every session, never rushed and after many different practitioners over the years his treatments work best for me and relief lasts the longest. Cannot recommend him enough! October 20, 2012

Christine: I have had a lot of massages over the years but Toshi's massage is the best I have experienced anywhere in the world. He has got soothing sensitive healing hands. I have been suffering from neck and shoulder pain for so many years and have tried all sorts of therapies available and he's the only one that's sorted it. I would highly recommend him to anyone looking for a massage. If you haven't been to him yet you don't know what you are missing and once you have been to him you would never go back to anyone else. Thankyou again Toshi and see you soon. Rating= outstanding .. highly above average October 4, 2012